EPPARG > About us > Board & associates

Our Board and Associates include some of the leading pioneers of equity release in Europe,

who are contributing their knowledge and expertise to support the continued growth of equity release on the continent through EPPARG. 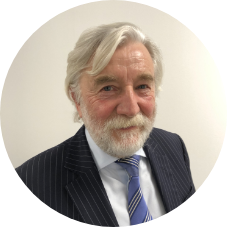 Steve has over 40 years’ experience in the insurance, life and pensions industry in the UK and Europe, and has held Executive Director and senior management positions. He has worked for major groups such as Aviva, and start-ups including Just Retirement. He was until recently a long serving Director of the UK’s Equity Release trade bodies (SHIP and the Equity Release Council) and has played an active role in promoting high levels of consumer protection, standards, innovation and competition. He has worked on policy development in the UK and Europe, and has chaired various industry groups including the ERC Solvency 2 Working Group. Steve was one of the founders of EPPARG, which was set up in 2012 as a forum to foster dialogue between industry, the EU institutions and governments on innovative pensions and property asset release solutions, and has been the Secretary General ever since. 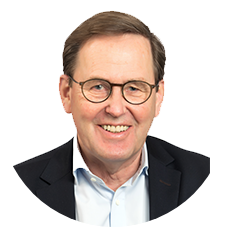 Lennart introduced the Equity Release roll up scheme in Sweden in 2005 as a founder and CEO of Svensk Hypotekspension AB. Since 2019 the company has been part of the Nordax Bank group. During his time as CEO, until the end of 2018, Lennart successfully developed the market and prompted domestic policymakers to make the necessary exceptions and adaptions to allow for the continuing positive growth in the volume of Equity Release in the country. The products in Sweden follow the EPPARG standards and Code. Prior to this, Lennart was President and CEO of the Swedish Post and Chairman of Postgirot Bank. Before that, he was a member of the group management for Ericsson for many years in different positions, including as the Chief Legal Officer of the group.

Claudio is the CEO of 65Plus, founded in 2012, which leads the Italian equity release mortgage market as a specialised service provider, and its team has processed the majority of equity release mortgages (ERM) originated within the Italian market. Today 65Plus is a member of Mutuionline Group, the Italian leader in BPO for financial institutions and investors. Within the group, Claudio is also CEO of Centro Finanziamenti, a lending platform for innovative credit products. After gaining consulting experience at Bain & Company, Claudio has been an active player in the home equity release mortgage (HERM) arena since 2007 as GM of Euvis, the first Italian HERM provider. Since then he has contributed to several initiatives, which include providing technical support to new laws and regulations (2015) and he has been a member of EPPARG since it was founded.

David is Chairman of the Equity Release Council and has been a practising solicitor for 25 years. During this time, he was first a Councillor in Enfield and then Member of Parliament for Enfield Southgate between 2005 and 2017. David championed social justice and consumer protection and led campaigns on issues affecting elderly people. David served as Parliamentary Private Secretary to three Cabinet Ministers and sat on the influential Home Affairs and Public Accounts Select Committees and was also Shadow Justice Minister from 2007-2010. David lives in Southgate with his wife Janet and their six children. 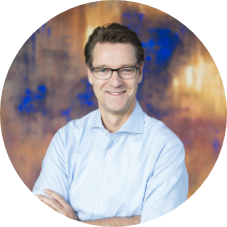 Friedrich has over 25 years of professional experience in management positions of real estate companies in Germany. Among others, he was a board member of a listed residential real estate company and worked as an independent management consultant focusing on consulting, asset management and transactions. Friedrich holds an MBA in Business Administration and an Executive MBA in Real Estate (ebs). 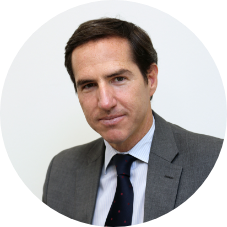 Íñigo has a BA in Economics and holds a Master’s Degree in eBusiness from IE Business School. He is the Business Development Manager at Optima Mayores, the leading Equity Release adviser in Spain, Member of the Board of Directors of the EPPARG, and founding member of the Spanish Reverse Mortgage Council. With more than 10 years of experience in Equity Release, his responsibility as Director of Business Development focuses on the development of a safe market in Spain, advising potential providers to enter the market in a responsible way and educating consumers on the benefits of releasing the cash tied up to their properties to finance retirement. 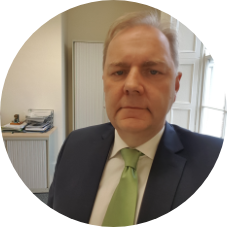 John is a Fellow of the Irish Institute of Chartered Accountants and a member of the Association of Corporate Treasurers. Following an early career in accounting, he spent ten years with FTI Finance Ltd (an Irish IFSC-based treasury consultancy and outsourcing business) where he was a member of the MBO team that bought FTI Finance. He subsequently became Group Treasurer of a large international food dairy group. John joined Seniors Money as European CFO in 2006 and was instrumental in developing the Group’s operations in Ireland, Spain and Canada.  As part of the group management team he was involved in the sale of the Australian and New Zealand businesses in 2014 and part of the MBO team that acquired the Irish and Spanish businesses in 2018. John is a member of the Institute of Directors and is a director of a range of finance related companies. 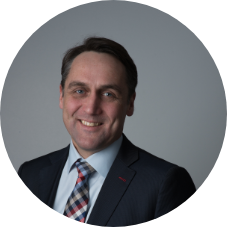 Paul was appointed Managing Director, Retail of Just Group with effect from 1 February 2019.  Paul is responsible for all of the Group’s retail businesses in the UK and South Africa.  Previously, Paul led Just Group’s mortgage, corporate development and international divisions. Paul joined Just Retirement in August 2014.  Prior to Just Retirement, he held various senior international roles at Swiss Re in Asia and Australia.  He has over 25 years of insurance industry experience.  Paul is an Executive Director of Just Retirement Life Limited, Partnership Life Assurance Company Limited, Just Retirement Money Limited and Partnership Home Loans Limited.  Paul is also a Non-Executive Director of the Equity Release Council, EPPARG Limited and Spire Platform Solutions.

Pedro is currently the Executive Chairman of Banco BNI Europa and brings over 25 years’ international financial services experience with leading blue-chip institutions across three continents in progressive leadership roles, both executive and NED, in Investment Banking, Wealth Management, general management, business development, strategy and latterly in FinTech. He was responsible for the development and relaunch of the Equity Release product in Spain by introducing a product in line with the client needs. 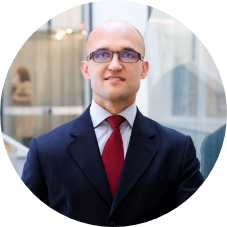 Robert is CEO, co-founder and shareholder of Fundusz Hipoteczny DOM S.A. which is the pioneer and largest home reversion provider in Poland, established in 2008. He has been a Board Member of EPPARG since its inception. He is a Vice-Chairman of the Ethics Committee of the Conference of Financial Companies in Poland. He is also a Supervisory Board Member of Q Securities Brokerage House (Poland) and Szybko.pl (Poland). He previously worked, among others, for the Commerzbank Bank Group in Poland (at Skarbiec IFC and Asset Management Holding), Sygma Bank Polska, and advised foreign banks and investment companies on opening and operating in Poland. 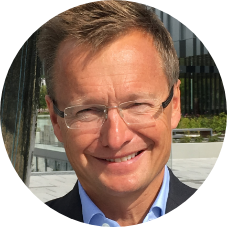 Thor is founder and CEO of LittExtra AS. LittExtra is a pioneer in the Norwegian market for equity release and today has partnerships with nine Norwegian banks. The company has been in operation since 2005. LittExtra offers banks the services needed to set up an equity release operation. Before entering the field of equity release, Thor worked for 15 years in the securities industry. He started his career in fixed incomes sales and trading and then moved into investment management.  Thor holds an MBA from Columbia Business School. 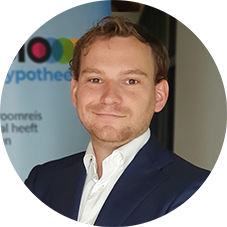 Robbert Mulder is the Business Development Manager of SocioHypotheek B.V., the pioneering specialist lifetime mortgage lender in the Netherlands. SocioHypotheek is the first regulated mortgage provider in the Netherlands that solely focusses on the elderly population (65+) and lifetime mortgages. Prior to SocioHypotheek, he held several positions at international banks. Robbert has a BBA and holds a Master’s Degree in International Business & Management from the University of Groningen. 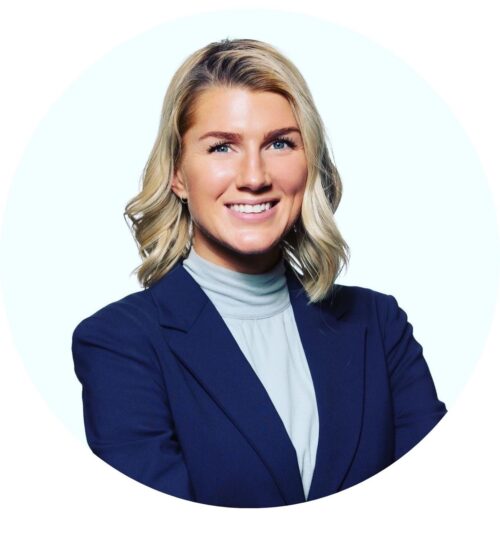 Sandra is the Head of Equity Release for 60plusbanken, founded in 2020 and a part of the legal entity of Bluestep Bank AB, and has vast experience from the mortgage and banking sector. Sandra has an MSc in Business and Economics with a major in Finance from Stockholm University and previous roles includes Product Manager Mortgages at ICA Banken, Product Owner Bank and Lending at Nordnet Bank as well as Performance Management and Analyst for New Customer Marketing at EnterCard Sweden. 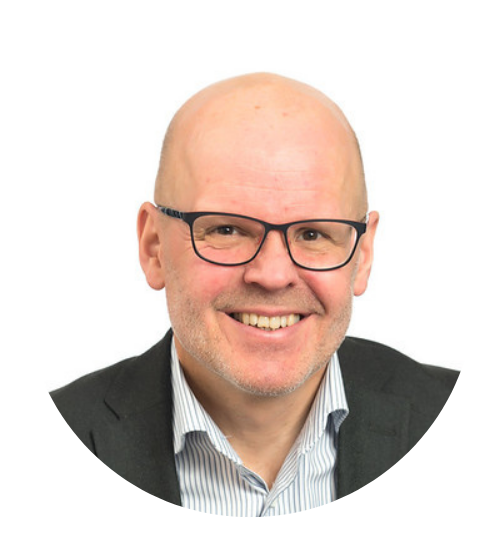 Anders is CEO at Svensk Hypotekspension AB in Sweden since 2019, but has been with the Company since 2013 as CFO and COO. Anders has vast experience from the Commercial Real Estate sector from CFO positions in the listed companies FastPartner and Ruric.

Anders is also co-founder and Chairman in Nordic Whisky Capital AB and holds an MBA from Stockholm School of Economics.

EPPARG membership is open to suitably qualified professionals and organisations who are active in the equity release sector in Europe and beyond.

Further details can be obtained by contacting the EPPARG Secretariat at info@epparg.org

UK Equity Release Summit emphasises importance of green equity release
The Equity Release Summit was held on 12 May 2022, as the UK’s annual landmark event bringing together leading players from the UK, European and international equity release industry, with the first plenary session of the day held on the theme of green equity release.
Thor Sandvik: A lifetime mortgage will be the only solution for many retirees in Norway
Thor Sandvik, Founder and CEO at LittExtra AS in Norway, explains that in the light of state pension reform in the country, along with a shift in corporate pensions from defined benefit plans to defined contribution plans, equity release through a lifetime mortgage will be the only solution for many retirees in Norway.
Sandra Lillienberg, 60plusbanken: I see a big potential for equity release in Sweden
Sandra Lillienberg, Head of Equity Release at 60plusbanken in Sweden, shares her perspective on the prospects for growth of equity release in the Swedish market and the role of 60plusbanken within this.
MORE NEWS
We use cookies to ensure that we give you the best experience on our website. If you continue without changing your settings, we will assume that you are happy to receive all cookies on this site. ACCEPTRead More
Privacy & Cookies Policy