EPPARG > News > Thor Sandvik: A lifetime mortgage will be the only solution for many retirees in Norway

Thor Sandvik: A lifetime mortgage will be the only solution for many retirees in Norway 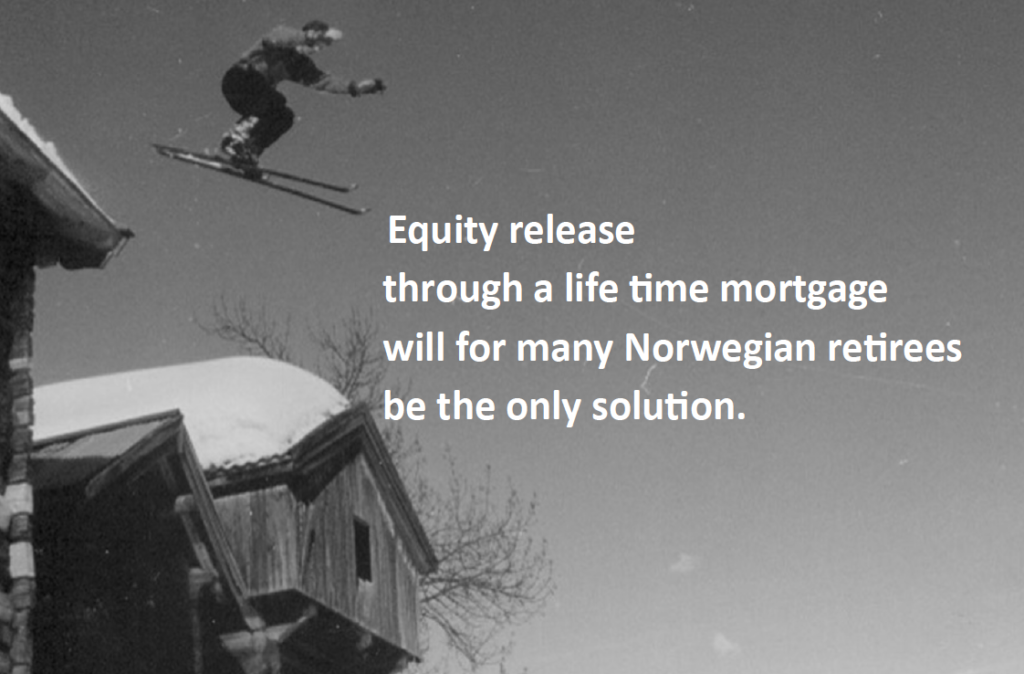 Thor Sandvik, Founder and CEO at LittExtra AS in Norway, explains that in the light of state pension reform in the country, along with a shift in corporate pensions from defined benefit plans to defined contribution plans, equity release through a lifetime mortgage will be the only solution for many retirees in Norway.

What impact has state pension reform had on retirement income in Norway?

The state pension reform was approved by our parliament in 2011, but it has not had much impact on retirement income yet. The reform will cut the state’s pension obligations by around 20%, so it will have a very real negative effect. However, the cut in pension benefits is phased in starting with people born in 1953 and only people born in 1963 or later will experience the full negative effect of pension reform.

What is happening to corporate pensions?

Starting right before the year 2000 there has been a massive move from defined benefit plans to defined contribution plans. Defined benefit plans secured income for life. Defined contribution plans offer flexibility in how the retired person can draw down their pension capital. What is interesting and disturbing is the fact that most people take out all of their corporate pension capital over 10 years after turning 67 years old.

What about the pension entitlements from old defined benefit plans?

In Norway when a corporation decides to change its plan from defined benefit to defined contribution, the defined benefit plan is frozen and converted into a paid-up policy for life. This might sound like a possible cushion to retirement income, but due to technicalities in these contracts and the current low-interest rate environment there is consensus among experts that the promised nominal pension amounts will not be regulated, and that purchasing power will be lost every year. After 20-30 years we will see dramatic losses in purchasing power.

Where does this leave the Norwegian retirees?

Retirement income will drop. The effect will by delayed by the way state pension reform is gradually phased in, and also postponed by the unsustainable drawdown most people decide to do. After turning 77 years the harsh reality will surface. Not only will the state pension be less than before, the defined contribution plan will be empty, and the purchasing power of the old defined benefit plan will be eroded.

Is equity release in Norway an opportunity only for the patient?

Business is good today, but we expect it will only become better as the mentioned effects kick-in. It is important to be aware that most equity release in Norway is through traditional mortgages and home equity credit lines. When banks eventually start taking into consideration the outlook for future income of a retired person, the credit assessment will result in a red flag, and equity release through a lifetime mortgage will, for many, be the only solution.

Another important positive factor for future demand for equity release is house price development. The major cities have seen prices almost double over the last 10 years. With homeownership among 60 plus exceeding 80%, many people have most of their savings tied up in their home.